Curiosity-driven learning and development: How robots can help us understand humans

Résumé
A great mystery is how human infants develop: how they progressively discover their bodies, how they learn to interact with objects and social peers, and accumulate new skills all over their lives. Constructing robots, and building mechanisms that model such developmental processes, is key to advance our understanding of human development, in constant dialogue with human and living sciences.

I will present examples of robotics models of curiosity-driven learning and exploration, and show how developmental trajectories can self-organize, starting from discovery of the body, then object affordances, then vocal babbling and vocal interactions with others. In particular, I will show that the onset of language spontaneously forms out of such sensorimotor development.


Bibliographie
Dr. Pierre-Yves Oudeyer is Research Director at Inria and head of the Inria and Ensta-ParisTech FLOWERS team (France). Before, he has been a permanent researcher in Sony Computer Science Laboratory for 8 years (1999-2007). He studied theoretical computer science at Ecole Normale Supérieure in Lyon, and received his Ph.D. degree in artificial intelligence from the University Paris VI, France. After working on computational models of language evolution, he is now working on developmental and social robotics, focusing on sensorimotor development, language acquisition and life-long learning in robots. Strongly inspired by infant development, the mechanisms he studies include artificial curiosity, intrinsic motivation, the role of morphology in learning motor control, human-robot interfaces, joint attention and joint intentional understanding, and imitation learning. He has published a book, more than 80 papers in international journals and conferences, holds 8 patents, gave several invited keynote lectures in international conferences, and received several prizes for his work in developmental robotics and on the origins of language. In particular, he is laureate of the ERC Starting Grant EXPLORERS. He is editor of the IEEE CIS Newsletter on Autonomous Mental Development, and associate editor of IEEE Transactions on Autonomous Mental Development, Frontiers in Neurorobotics, and of the International Journal of Social Robotics. He is also working actively for the diffusion of science towards the general public, through the writing of popular science articles and participation to radio and TV programs as well as science exhibitions. Web: http://www.pyoudeyer.com and http://flowers.inria.fr 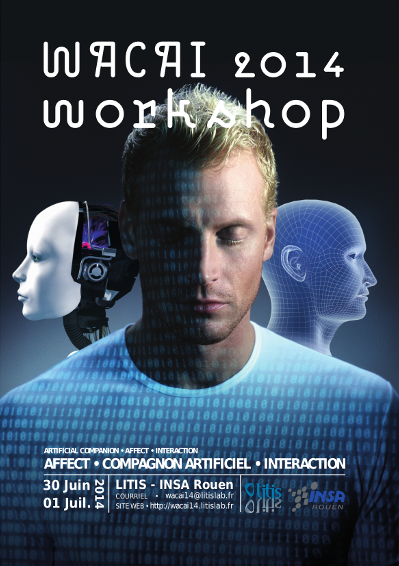